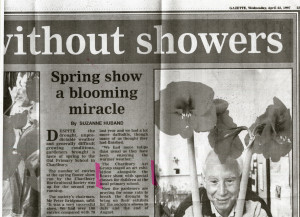 The Charlbury Art Group was started in December 1988 by John Patchett, a tutor at the Charlbury Adult Education Centre. Although 4 art classes were held at the Centre, there was no Art Society in the immediate area.

The first meeting was held on 11th January 1989 in the AEC and the first annual exhibition opened on June 24th 1989.

Soon afterwards John Patchett left Charlbury to pursue his career elsewhere and the group was run by an acting committee.

In 1991 a constitution was drawn up and the committee proceeded on a formal basis.

In 1996 the name was changed to Charlbury Art Society as it was felt that many people interested in art wanted to join but thought the group was only for painters. 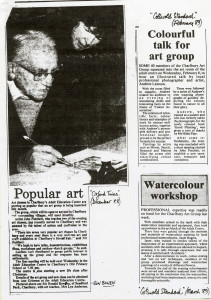 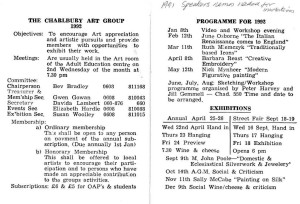